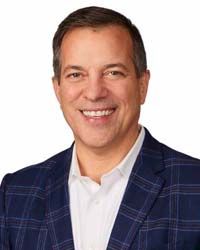 Nelson Reyneri serves as Principal for the ESG practice of Point B Consulting. Prior to this position he was Senior Vice President for Sales and External Affairs for Liberty Power, the largest independently owned and managed retail electricity supplier in the United States, and one of the largest Hispanic owned companies in the United States.
In this role, he oversaw the company’s strategy for developing structured solutions to support corporations’ energy and sustainability goals. Reyneri also has extensive senior leadership experience in the public sector, including serving in various senior management positions as an appointee in the Clinton Administration. In the 2004
election cycle, served as a Senior Advisor to the Chairman of the Democratic National Committee (DNC), and as DNC Director of Hispanic Outreach.

Reyneri is Chair Elect of the United States Hispanic Chamber of Commerce, a Board member of the Seattle Credit Union and of Together Washington. Reyneri previously served as Vice Chair of the Board of Directors of the National Utility Diversity Council.