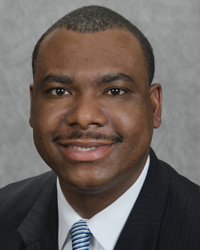 Ronald A. Brisé was appointed to the Florida Public Service Commission by Governor Charlie Crist in July 2010 and was reappointed by Governor Rick Scott for a term through January 2018. He served as Commission Chairman in 2012-2013.

Commissioner Brisé is a member of the National Association of Regulatory Utility Commissioners (NARUC) and serves in the following capacities:

He previously served on the NARUC Task Force on Federalism and Telecommunications. In addition, he is Co-Chair of the Board of Directors of the National Utilities Diversity Council.

Before being appointed to the Commission, he represented District 108 in the Florida House of Representatives for four years. During his tenure, Commissioner Brisé was named Democratic Whip and served as Vice Chairman of the Florida Conference of Black State Legislators. He gained membership on several committees which produced significant legislation that tackled many of Florida’s most relevant issues including energy, telecommunications, redistricting, appropropriations and Medicaid reform. Commissioner Brisé also sponsored successful legislation expanding broadband deployment in Florida to address digital divide as well as legislation improving consumer protection for Floridian families.

Upon graduation from college, Commissioner Brisé taught science at his alma mater, Miami Union Academy. He eventually became responsible for the school’s development and fundraising operations. In 2005, he became the Chief Operating Officer at a VoIP telecommunications carrier.

Commissioner Brisé received a bachelor’s degree in biology education from Oakwood University in Huntsville, Alabama and received MBA degrees in management and marketing from American Intercontinental University in Illinois. He and his wife, JoAn, have two children, Ronald Brisé II and Elizabeth Christiane Brisé, and together are faithful members of the Seventh-day Adventist Church.


Back to NUDC Leadership | Send this page to a friend