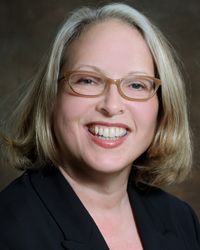 LAURIE DOWLING is Executive Director for the National Utilities Diversity Council, a national non-profit organization that conducts research to educate, develop best practices and guide efforts that will promote diversity in the utilities industry in the areas of governance, employment, procurement, language access/customer service, and philanthropy.

President of The Dowling-Woo Company, a woman and minority-owned small business, Laurie is a consultant who works with non-profit organizations and for-profit enterprises on strategic issues including general management, fundraising, executive search, strategic planning, management development, diversity, and board development.   She also is of counsel to Arts Consulting Group, one of North America’s leading providers of arts management consulting and executive search services.

Prior to joining UCLA Anderson in late 1999, Laurie was Development Director for Women’s Enterprise Development Corporation, designing curricula, raising funds, and overseeing Board development for this non-profit organization which provided entrepreneurial training, technical assistance and loan packaging for women and men to start their own businesses or make their existing enterprises more successful.   A key event in Laurie’s experience has been her work as Development Director for the 1993 Los Angeles Festival, an international, intercultural, interdisciplinary arts festival that presented 600 artists over a 5-week period in 49 sites around Los Angeles for an audience of 750,000.   Directed by opera director Peter Sellars, the Festival highlighted the arts of Africa and the Middle East and was a direct response to the 1992 civil unrest that rocked Los Angeles.

Laurie serves on the Boards of Directors of the California Coalition for Public Higher Education Education Fund and Old Stories: New Lives. Laurie is a graduate of the University of North Carolina, a graduate of the Executive Program at UCLA Anderson School of Management, and a resident of Los Angeles’ Silver Lake neighborhood. She is married to Michael Woo.